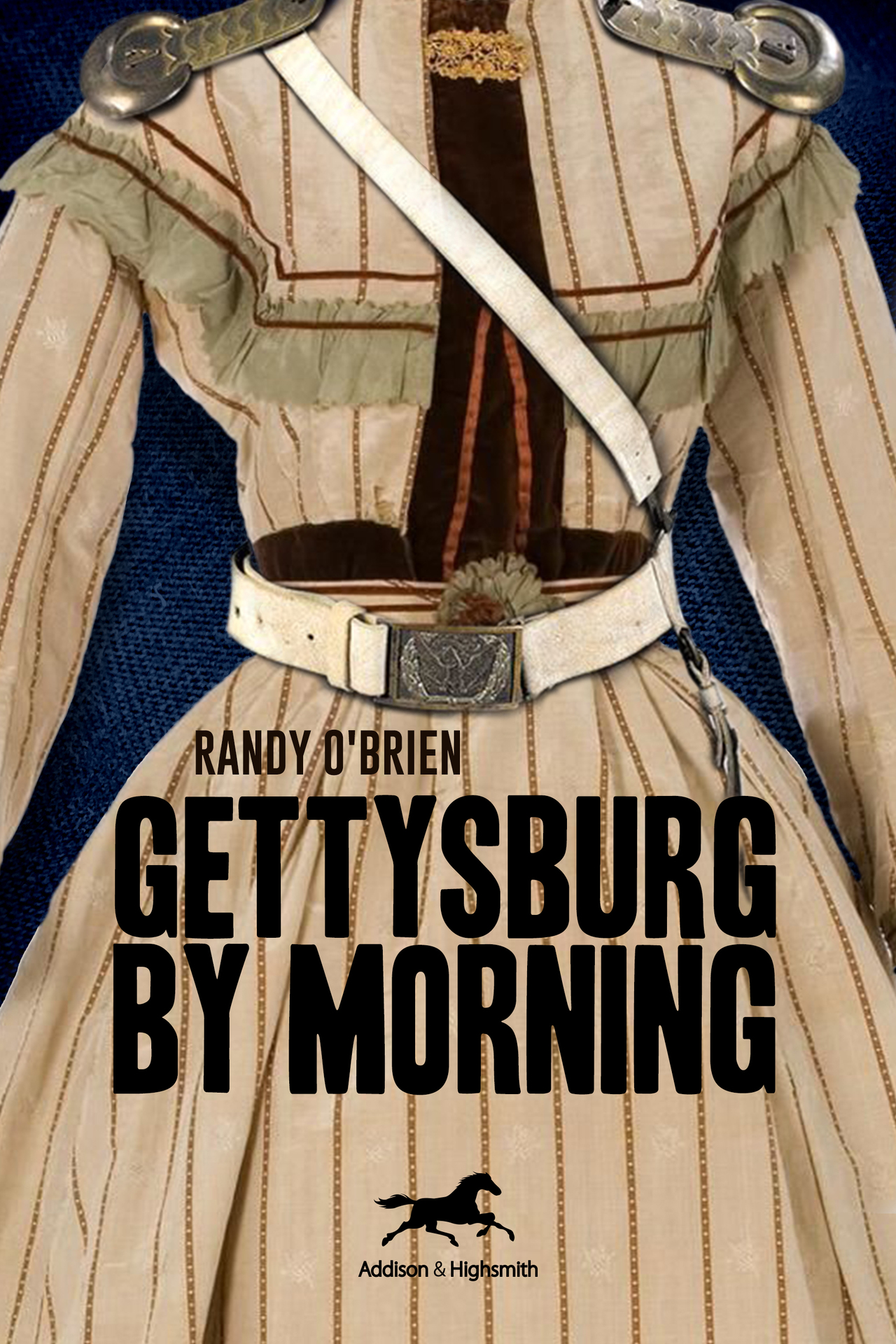 Gettysburg by Morning is intense historical fiction, seen through the lives of its two main protagonists, a woman named Eloise and her brother, Edward. The first chapter takes place in Concord, Massachusetts on July 4, 1861. The author, Randy O'Brien, focuses on Eloise, who gives a patriotic pro-Union speech at the beginning of the Civil War. The speech she gives begins: "Four score and five years ago." Sound familiar? It has significance later on in the story. After their father dies shortly after the day of her speech, the two siblings have decisions to make. With the war raging on, Eloise gives up her telegraph business and decides to fight for the Union, disguised as a soldier, which the author writes did happen with several women during that time. Eloise decides to do this to save the family name, after Edward enlists with the Massachusetts regiment, only to desert instead. She enlists using her brother's name.

Randy O'Brien pulls no punches as he tells us what happens to Eloise (now Edward) as a Union soldier, and Edward, a deserter who is stopped in the South, who becomes a rebel soldier. There are historical references like Eloise at the battle of Gettysburg. Eloise also met Oliver Wendell Holmes and President Abraham Lincoln. Edward's experience as a rebel fighter leads to some brutal scenes that give the reader a picture of what happens to him and many others due to the war. The chapters are short and go from third-person narrative to first-person at times, which gives the events depicted in the story more emphasis. Gettysburg by Morning is historical fiction with a dramatic story and character study for fans of the genre.

Eloise Jacobson celebrates the Fourth of July, 1861, by delivering a rousing speech, calling for war against the South. She inspires her brother to enlist, but he decides to run instead, and she takes his place. As a result, Eloise becomes one of over 200 documented cases of women served in the Civil War.

A patriotic young woman poses as a man to fight in the Civil War.

A reading of the first few pages.